[Important Edit : I just realized that the tutorial I found was not genuine Arduino web site http://adruino.cc. I stumbled upon http://arduino.org instead. So if you bought a “Genuino” Yùn, it should have OpenWRT-Yun installed, not linino. Nevertheless, you stil can install linino. But if you want to stick to “Genuino” software, keep OpenWRT-Yun. I do apologize for the mix up…]

[Edit 2 : As you may know, there is an ongoing battle Arduino (LLC) VS Arduino (SRL). All this confusion comes from here. You will find an quite interresting article on hackaday. Now I now why arduino.org Yùns are using Linino… both companies belong to the same guy.]

WARNING : I did test this on my Yùn. It may not work on yours. Be aware that you may loose your warranty. And worse, you may brick your Yùn, especially if bootloader flashing fails. You do this at your own risks. Please, don’t blame me if you brick your Yùn !

I bought my Yùn a while ago and did not find time to test it.

I first tried a “sysupgrade” as described here [edit: this points to arduino.org, not arduino.cc]. But it failed… My Yùn was not booting any more :-(.

I should have RTFM ! It is clearly stated :

If you already have an old Arduino Yun board and you want to upgrade your board to LininoIO, you must first upgrade your on-board OS from OpenWrt-Yun to LininoOS

WARNING
Following this guide will VOID the WARRANTY of your Yún

So, again, you do it at your own risks.

Anyway… back to square 1 : I have a running Yùn using the reflashing procedure but still loaded with OpenWRT, not Linino.

So, reading the reflashing guide; it says you MUST upgrade first to Linino… points to Linino’s latest image… but does not say how to upgrade. By chance, it it quite simple : you follow the very same procedure but using the Linino images :

And it worked : I now have a Yùn running Linino.

Hope this will help 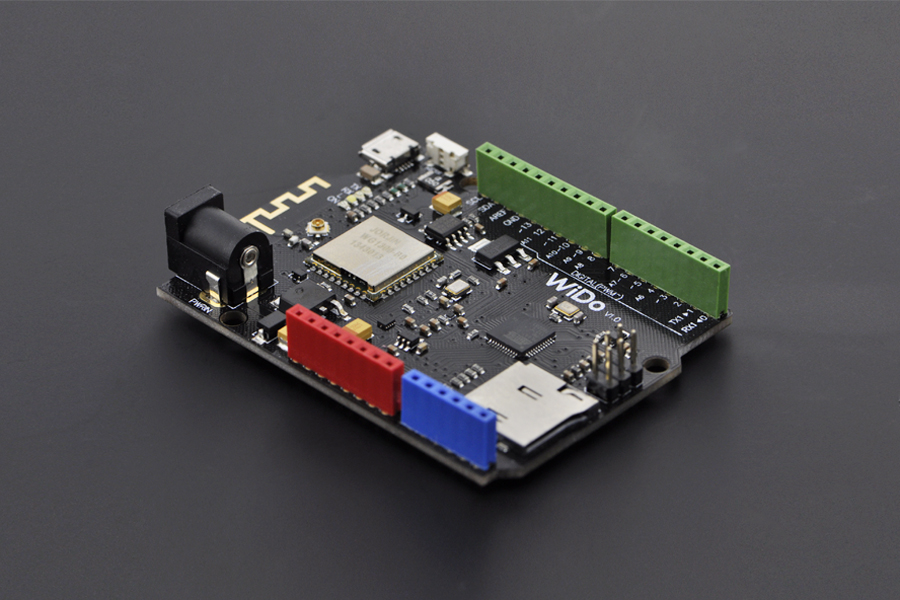 But… what is XBee…

Yes… you’re right, first things first. XBees are small wireless modules which implement, depending on the model, several RF protocols, the “major” one being ZigBee (thus the name !) You can find details here on Digi’s website.

Take care, there are several modules. I’ll be using XBee ZB Series 2 modules. You’ll find an XBee RF modules comparison here. As there are quite a few sites describing XBees , I won’t get into details in this post but rather refer to Sparkfun’s XBee buying guide which is covering XBee, ZigBee and Bumblebee 🙂

Using XBee module with an Arduino is quite well documented… but examples often use the hardware UART making it not simple to program or debug because the UART is shared by the Arduino IDE and XBee chip.

So I thought I use SofwareSerial instead just as I did for one of my Wifridge version.

I used an XBee breakout board from www.droids.it I bought from Lextronic. It is handy as you can use it with 2.52mm pitch headers (XBee won’t fit directly into a breadboard !) and it has 2 operation LEDs.

Connection is quite straightforward :

Rx and Tx pins can easily be changed in the program anyway.

Then, upload an AT firmware onto XBee module, upload this program onto the Arduino… and you should get something like that on your Serial Monitor into Arduino IDE :

You now have an XBee module talking to an Arduino using Software Serial port, leaving the hardware one for debugging and programming ! 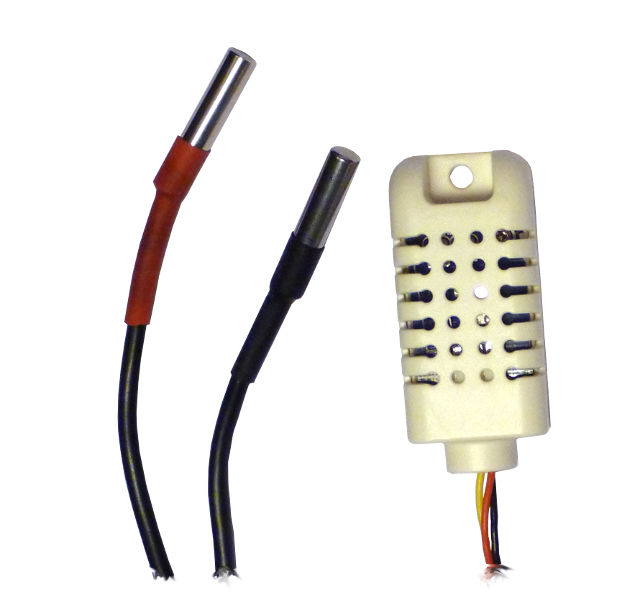 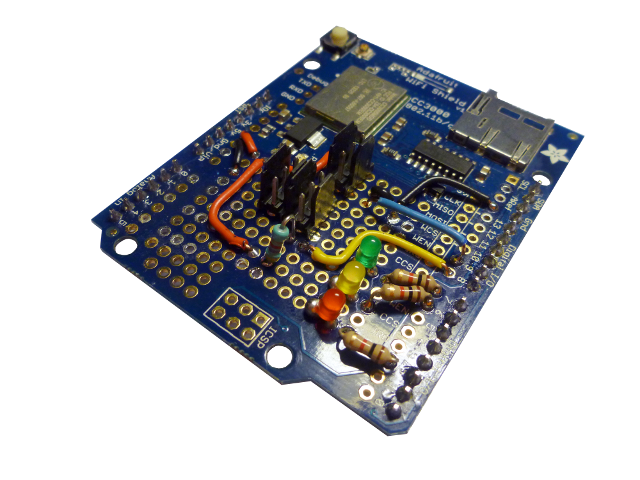 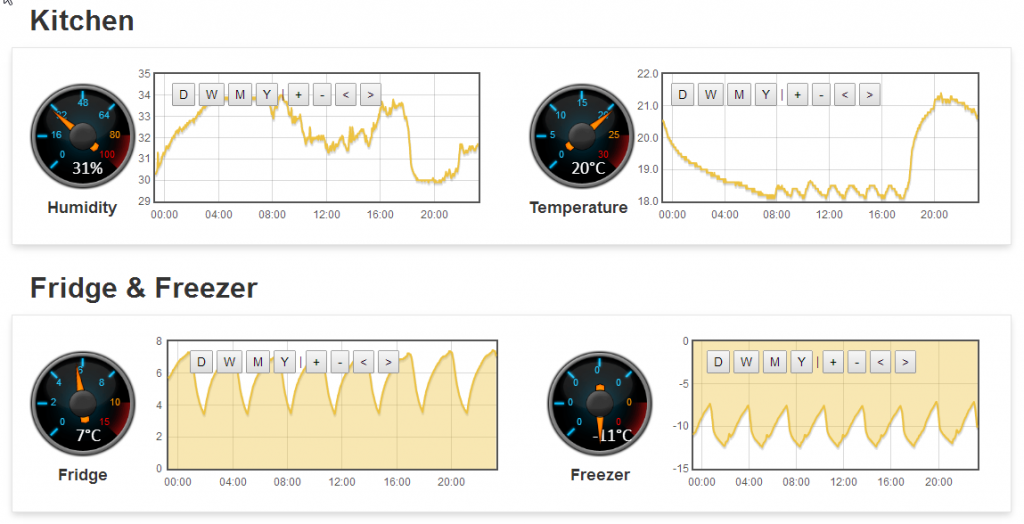 pH and ORP stamp are using standard serial communication to send data they read from the probe. So I used the SoftwareSerial library to get data processed by the arduino and I connected :

Temperature sensor is an analog sensor which I connected to pin A0. 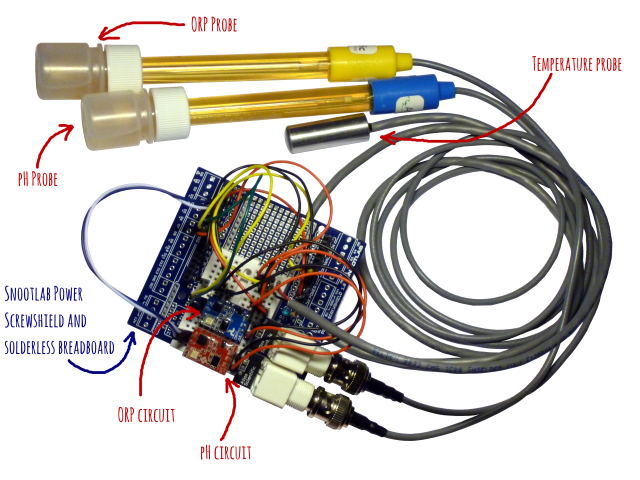 Also, I connected power (3.3V) and ground to respective power lines of sensors.

Test code (which is way more complicated than it should be because I was first planning to use an arduino as the final solution… but then decided to go for a BeagleBone) can be found here : https://github.com/jsiobj/poolDuino 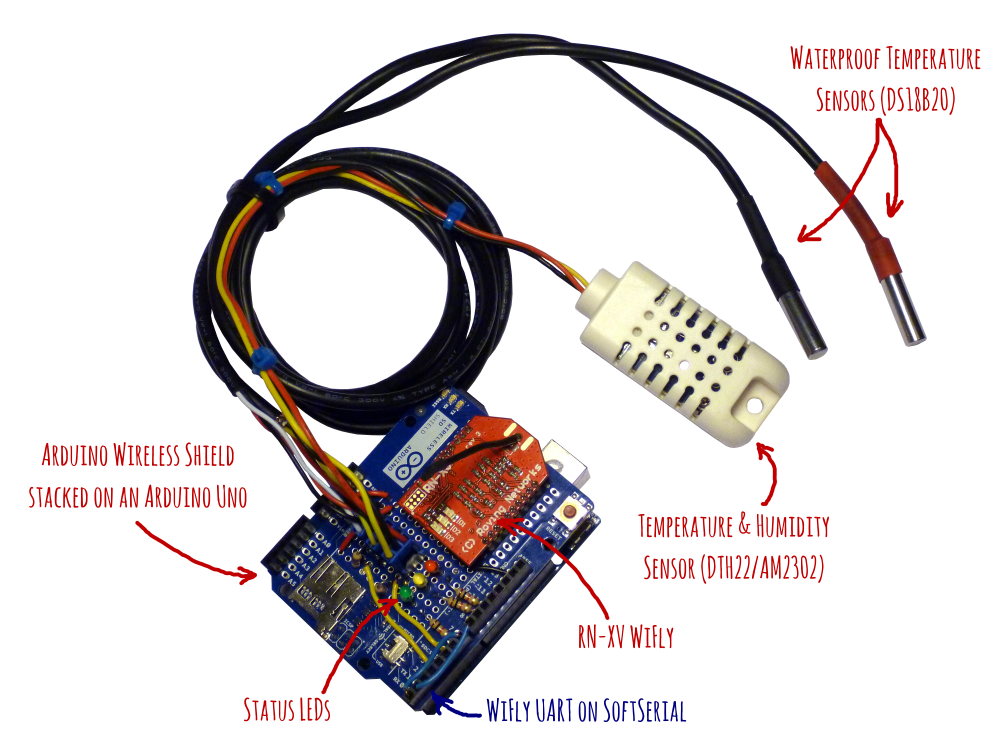