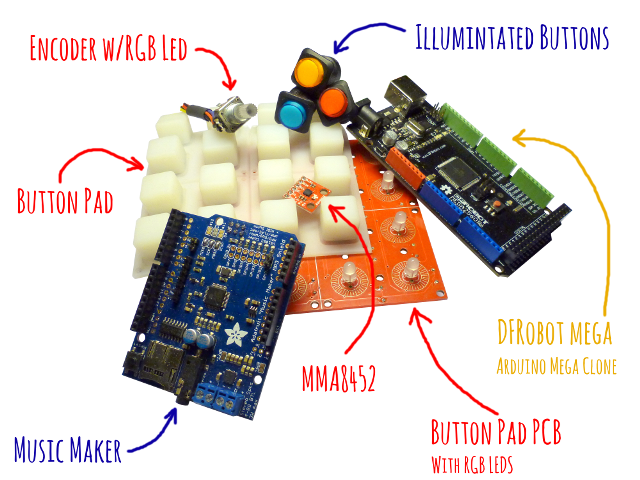 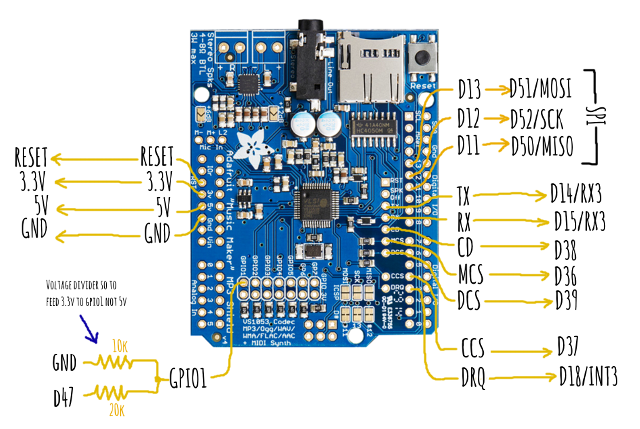 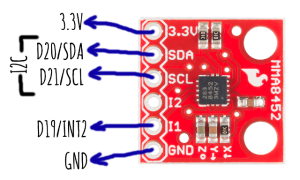 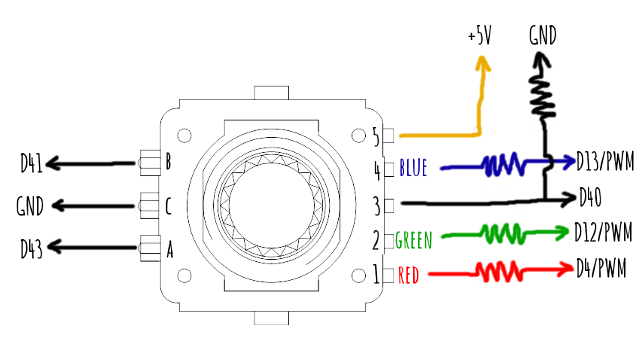 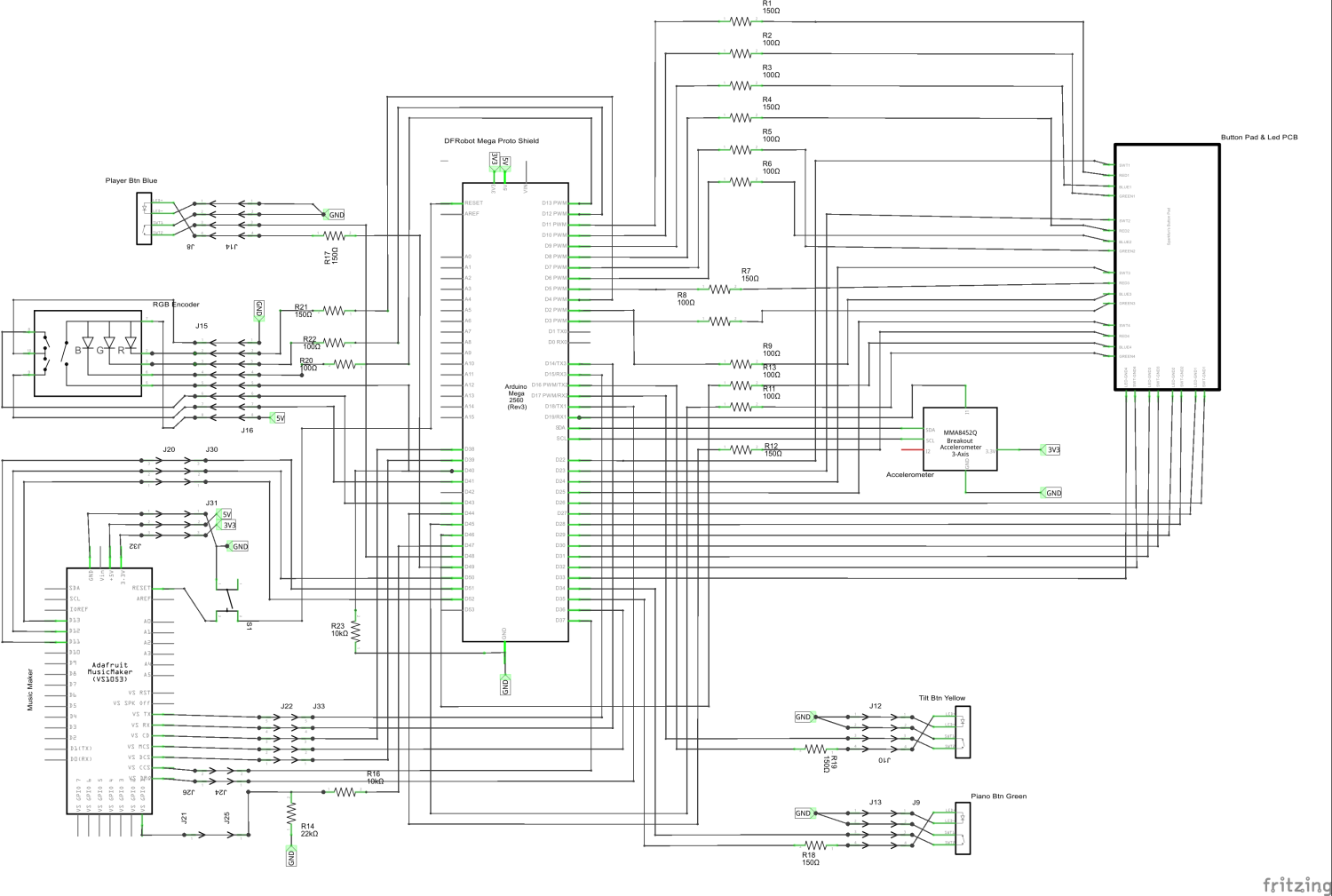 Time has gone by since my first post about the sound box… I already wrote a couple of articles about the button pad here, here and here. I finaly came up with something. I did build an autonomous sound box which can act as a piano or act like an MP3 player.

It is based on an Arduino Mega, a Sparkfun’s 4×4 button pad and its associated PCB, anamplified Adafruit’s Music Maker, and a Sparkfun’s MMA8452 triple axis accelerometer breakout board.

There are 3 modes which are demonstrated in the following videos

In this mode, you first select a “bank” and then a file to play. Sound / music files are stored and the SD card inserted in the Adafruit’s Music Maker. File is read from the SD and played by the VS1053.

Here, I use the MIDI mode of the VS1053. You first select a “bank”. Each bank has a specific set of sounds mapped to pad buttons.

This mode is quite simple for now : the light is moving using Sparkfun’s MMA8452 triple axis accelerometer data.

In following posts, I will go into details of the Sound Box, hardware and software, how to assemble everything…

There is plenty of stuff that could be done : voice or music recorder using microphone input on the music maker, piano record mode, more advanced tilt game, “simon says” game…

I have been a bit busy lately at work so I did not work a lot on my different projects. But after a discussion with my sister who was complaining about  the fact that there was no “good” music based toy for her 18 months old child, I was wondering what I could do about it.

Wandering around, I discovered a few things like a “wall Piano” based on a PICAXE-08M2 microcontroller and an ultrasonic Range Finder (see here). But nothing really nice and fun for a very young child. I finally discovered a very very nice project : monome. Ok… a bit complex for a child and surely to expensive ! Looking for some monome clone, I finally stumbled upon Sugarcube Midi Controller. Small enough, nice illuminated buttons, some fun features using accellerometers…

But… it is a midi controller, meaning that it does not play music by itself but controls a midi player like a PC. So I need to make it more autonomous. So my next project is there : build an easy to use & fun sound box, based on Amanda Ghassaei‘s Sugarcube project with specific features like RGB leds, embedded MP3 player and MIDI player, and make it fun for a child !

Still thinking about it…